Step-by-step: Calculating real GDP given just nominal GDP and inflation data (which is as hard as it gets in IB Economics!) 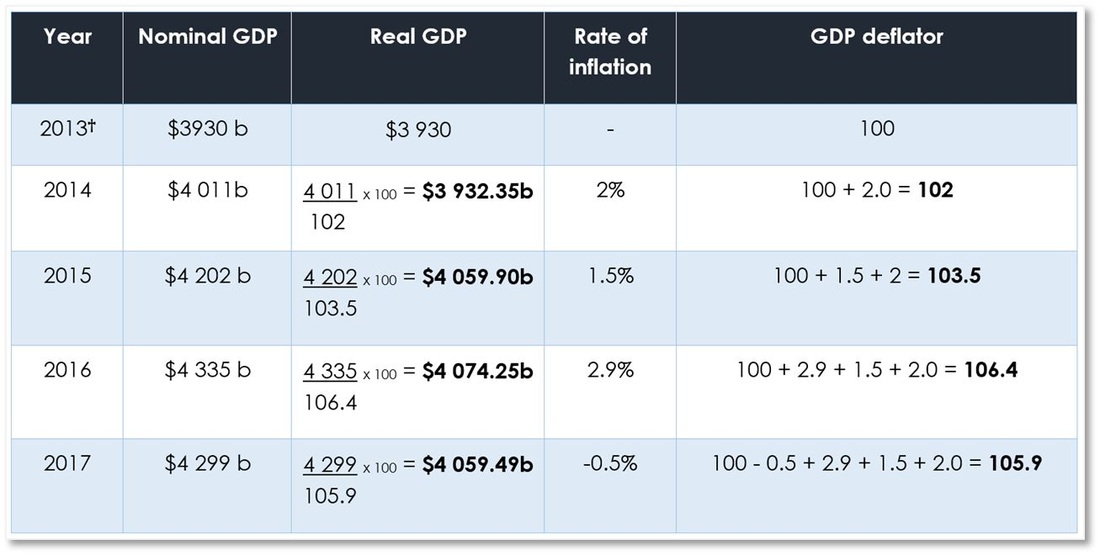 Use the formula above to calculate real GDP for each year. You will note that in 2017, prices in the economy fell (deflation), which resulted in a lower GDP deflator being used than in 2016.

PROGRESS CHECK - TEST YOUR UNDERSTANDING BY COMPLETING THE ACTIVITIES BELOW

You have below, a range of practice activities, flash cards, exam practice questions and an online interactive self test to ensure you have complete mastery of the IB Economics requirements for the Macroeconomics – The Level of Overall Economic Activity: 2.3 Calculating GDP topic.